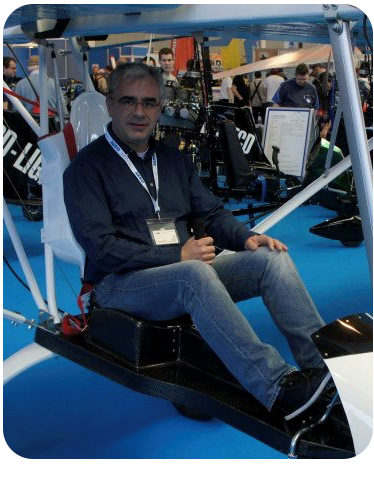 AeroplanesDAR is a ultralight airplanes manufacturer based in Sofia, Bulgaria. Our models range vary between single and double seated planes.

The company has been present in the lightweight aviation industry for almost two decades now. Our understanding and knowledge about the small airplanes concept, had helped us to overcome many obstacles including constant industry regulations changes and even the global economic turmoil from the recent years. Our models have always been well adapted to fit into aviation industry’s specific niches and also to satisfy out customers particular needs.

Airplanes DAR is a small innovative company with a long history that started in the previous century – at 24 June of 1917. We are proud to say that we are older than Boeing. DAR was created by Bulgarian king Ferdinand as a workshop for the national air force and later become Manufacturing Company. The first manager was German aeronautical engineer and aircraft designer Hermand Winter. After his contract with Airplanes DAR finished he went back to Germany and created one of the most famous planes in German aviation history Fieseler Storch-famouse because his short taking off and landing.

Like a company, we try to stay small because we would like to be flexible and able to transform faster in order to respond quickly to ever changing marketing needs. We are placed in different parts of the world through our friends and representatives – United States, UK, Austria, Germany, Russia, Australia and Brazil.

Our main activity is the production of light high quality single and two seated planes. The company’s target is on the basis of our modern approach to become world number one producer of small ultra light aircrafts.

Our main production base is in Sofia, Bulgaria. We are proud to say that from many years, we have proven ourselves as respected constructor of sport and commercial aviation around the world. In order to stay competitive in terms of prices we are placed in Bulgaria where the taxes are the lowest in whole Europe. In addition, we already outsourced part of our production base in Russia and we plan to do it also in the future in Brazil and Australia. This way we will have production departments in various locations in the world, which gives us the possibility to be closer to customers and to respond quickly to their aviation purposes and passions.

Our goal is for the next 100 years Aeroplanes DAR to open a new chapter in aviation history.